Location, Location, Location – Where to Place an ATM in my Hotel It is pretty much expected that all decent hotels these days have an ATM installed somewhere within the complex. It is generally easier and safer for tourists to use and carry around a small amount of cash and leave their bank card in the safety box inside the hotel. So for these tourists, having an ATM inside the premises not only makes things more convenient for them, it also makes them feel safer. 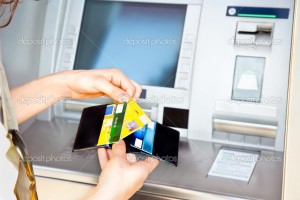 There are also benefits for the hotel – in addition to having the extra revenue from charges it has actually been proven that people will spend money if they have it in their hand. So everyone’s a winner! Positioning Like many things in life, the location and positioning of your hotel ATM is everyone. It is what can make it a ‘success’ or ‘failure’. A well-positioned ATM will mean that firstly people will know that it exists, but also will mean that they trust it and use it. Accessible You should remember that you want your ATM to be as visible as possible This has two benefits – firstly that people will see it and know that it exists, and secondly, an ATM in a prominent position is much less likely to attract undesirables. At this point you should consider whether you want to put your machine inside or outside the building. You should also think about fact that (probably depending on the size of your hotel) that there may well be a queue – so you might not want to put it right next to the reception desk, or front entrance to avoid congestion.                          Security Security is a big issue, for both the people who are taking money out, and for the hotel. After all there is a lot of money involved here, so of course the hotel should have security personnel or just cameras in the area, and of course tourists, want to avoid getting robbed – either whilst at the machine – or on the way back to the hotel. Multiple Some larger hotels choose to fit multiple ATMs. This is not just a case of having a higher number of potential ‘customers ‘, it is also about convenience and making a statement to your guests. If, for example you are thinking about putting an ATM on each floor, it might be worthwhile that you put the ATM in the same place on each level  – for example by the window to the left of the lift. Choosing the right place to position your hotel ATM is an important decision.   Apart from the obvious safety and accessibility issues, you need to think about whether you want to put it close to somewhere that is selling products – or a bar, or out of the way where there will be less congestion. You might want to put it somewhere where people on the street will see it and also come in and use it, or maybe where they won’t! One thing is for sure; having an ATM in your hotel is a great idea, so get planning! For more information about hiring or buying an ATM for your hotel, get in touch with us today!

The Benefits of having an ATM in your Hotel